On May 28th the American Library of Kyiv-Mohyla Academy held nationwide read «Omelian Pritsak as a scientist-orientalist, and founder of Ukrainian science». Omelian Pritsak (07.04.1919 - 29.05.2006) – is an outstanding scientist, linguist, orientalist and historian, founder of the Harvard Ukrainian Research Institute (HURI). His archive and book collection now at his Memorial Library at NaUKMA. 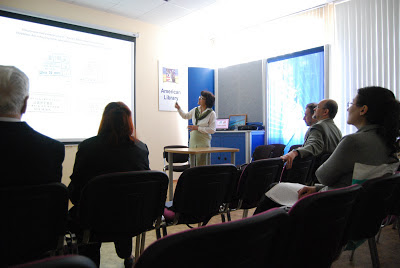 Within this event, NaUKMA opened a photo exhibition by Tania Mychajlyshyn-D'Avignon, called «Kaleidoscope of Cultures: Contemporary Ukraine and the East». Tanya D'Aviynyon is a famous Ukrainian-American or American-Ukrainian photographer, a member of the Photographic Society of America (PSA), Federation International of Art Photographers (FIAP) etc. 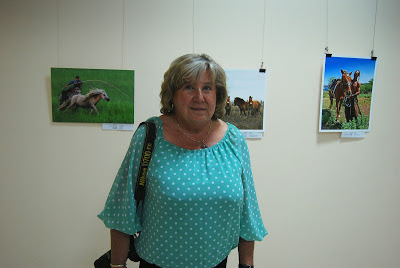 Her works often appeared at National Geographic Magazine, she succeed to publish more than 80 books, hundreds of magazines and newspapers, calendars, with more than 50 solo photo exhibits.  Album «Simply Ukraine», published in 1998 - is already a rarity. During the past few years, Tanya travels a lot: not only in the U.S., but also through Europe, Africa, and Asia. These photo shoots were recently exhibited at Harvard University, and now we have a unique opportunity to introduce it to Ukrainian audience.
Exhibition will last untill June 10th.
Adress: Kyiv, Illinska Str, 9. Olena Zamostian’s Gallery of Arts, NaUKMA.
Опубліковано Aleksa о 12:51:00 Немає коментарів:

This gift was recieved by American Library (NaUKMA) from Jackie Henderson with help of Vivica Williams, KMBS. This collection (77 DVDs) will be very helpful for our Library users, thank you very much!
Опубліковано Svitlana о 17:40:00 Немає коментарів:

VISIT OF LIBRARIANS (WITHIN THE EXTENSION COURSES)

Training and excursion over the NaUKMA Library and American Library was held on Tuesday, May 14, 2013.
Our colleagues from libraries for children have come from different regions of Ukraine. The atmosphere during this visit was very friendly and we managed to discuss vital problems of today's librarianship.